Since the early 1920s, the Winter Haven community has been a strong proponent for aviation. In 1925, several local property owners donated land to the City for the purpose of building an airport, and then again in 1941, donated additional acreage which increased the Airport’s land holdings to its existing size. One of the contributors, Dr. Robert E. Gilbert, served as a pilot and flight surgeon during World War I and became one of Winter Haven’s first doctors. In 1942, the City honored the late Gilbert, naming the airport Gilbert Field.

The original single turf runway was expanded to include two asphalt runways in a crossing configuration in 1943, when the airport became an air base for the Army Corps of Engineers during World War II. The two new runways were constructed along with a terminal building, a T-hangar building and a corporate hangar. Following the war, the Army decommissioned the base and returned the airfield to the City of Winter Haven.

In 1950, the U.S. Air Force reactivated the airport and used it as an auxiliary field for Bartow Air Force Base for approximately ten (10) years, until its final decommission in December of 1960. 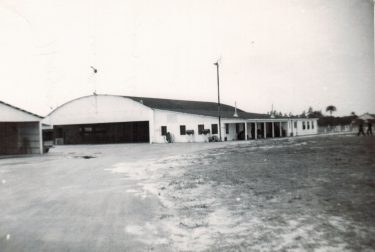