Rick Cardona has served as a valuable employee of the City of Winter Haven for 14 years. It is with heavy hearts, yet great admiration, that the City says farewell to Rick as he moves onto the next stage of his life—retirement. Prior to joining the City of Winter Haven, Rick had a full solid waste leadership career with the City of Coral Gables. When he joined Winter Haven’s Solid Waste team, he was full of knowledge and experience, and could say, with confidence, anything that there was to know about the field. 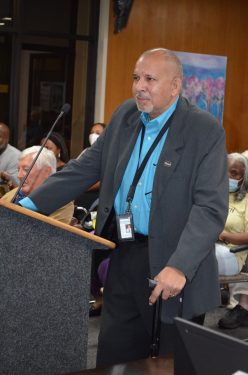 As the Solid Waste Superintendent, Rick has been a strong leader, mentor, and friend. If he saw an opportunity for positive change or improvement, he took initiative with no hesitation. He led his team with compassion and humility, putting people, and nothing else, at the center of everything he did. By providing encouragement and inspiration to his team when needed, and being a proactive listener, he created a sense of unity and cohesiveness that was necessary to make the most out of challenging situations. He served and directed with an honorable sense of selflessness. He didn’t just see a customer as a customer—he saw them as a parent, a sibling, a friend, a valued member of the Winter Haven community, and a real person. He modeled the type of customer service the City’s mission aims to uphold. “His knowledge base is deep, he cares greatly about people, and his focus on customer service is unparalleled,” says MJ Carnevale, Public Works Department Director. Rick was a champion, a fighter, both in the workplace and out. He pushed through hard times with optimism and faith. Even after suffering from serious medical issues, Rick pushed and pushed until it became a memory, a hardship through which he persevered with strength and dignity. He pushed because he cared about his city and the wonderful community within it.

The City would like to extend a big thank you to Rick for leading his colleagues with courage and positivity, providing exceptional service to the Winter Haven area, and for coming into work every day with a passionate smile, ready to help keep Winter Haven clean and beautiful. At the City Commission Meeting on June 13th, the Mayor of Winter Haven, Bradley T. Dantzler, spoke of Rick with great pride and sincerity. “You have touched the lives of so many in our community…you led a fine team of men and women who enrich the lifestyles of others throughout the work they do every day.” And that’s just how Rick is—an outstanding worker who is committed to the place he calls home. Thank you Rick, for your love, dedication, and many years of hard work. You will be greatly missed. “God Bless.” 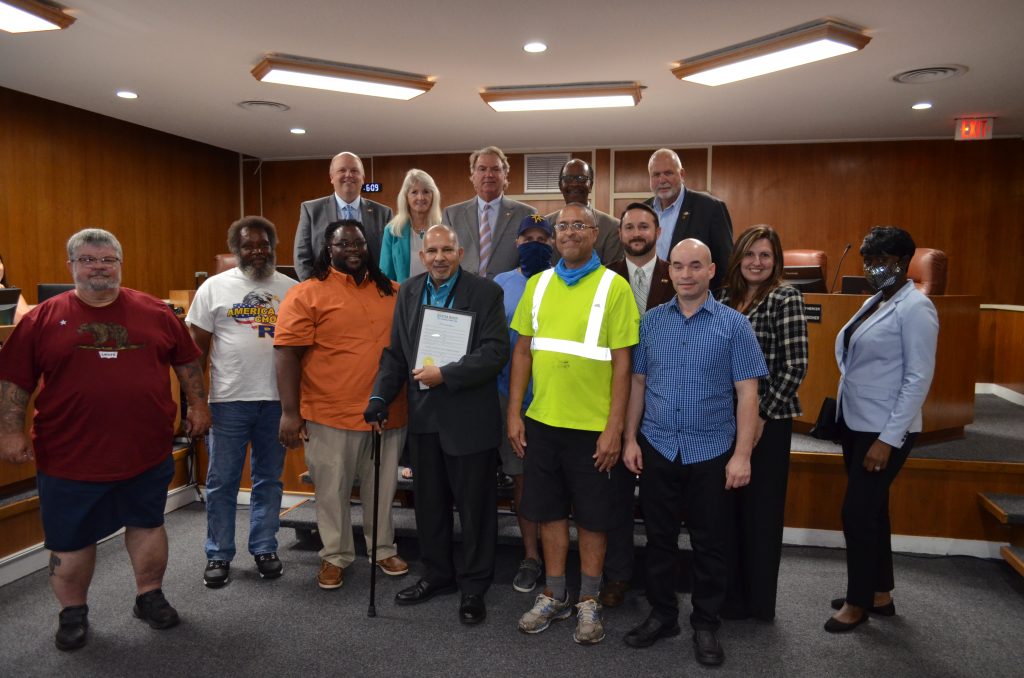