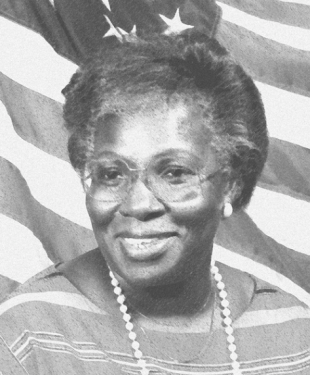 Mrs. Ann Darby was born January 3, 1932 in Winter Haven, FL. She grew up on Lake Ina, then a rural area, and attended school and church in the Pughsville community. Ms. Darby attended the still all-black Jewett High School where she graduated as valedictorian.

Mrs. Darby married Joseph Darby, and the two relocated to Fort Lauderdale and later Minnesota. The move to Minnesota was so Mr. Darby could pursue a master of education degree, something not yet allowed for Black students in Florida. While there, Mrs. Darby earned a bachelor’s degree in urban affairs and also served as the Deputy Director for the Minneapolis Urban League.

In the late 1970s the family moved back to once again call Winter Haven home. Mrs. Darby began working at a child-care facility called the Haven Community Center as the executive director. She soon became involved in the community and local politics. 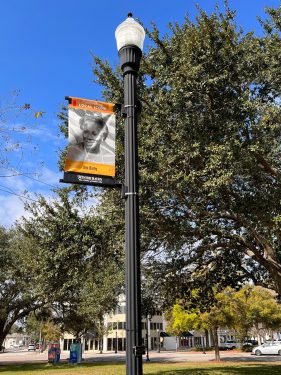 While serving on the Commission, she championed affordable housing and transit services for the Winter Haven community. She also established the Winter Haven Community Relations Committee and spearheaded the development and dedication of the City’s Martin Luther King, Jr. Park while working for ongoing improvements for the North East Recreation & Cultural Center and other City services.  Darby served three four-year terms, which included one year as Mayor and three years as Vice Mayor for the City of Winter Haven. She was also part of the team who attracted the Cleveland Indians to Winter Haven for their spring training site.

Mrs. Darby remained active in the Winter Haven and Polk County community even beyond her years serving as a Commissioner. She led the Elderly Services of Polk County as director helping older residents remain in their own homes through services such as nutrition, personal care and respite care for caregivers.

Mrs. Darby was chosen as the recipient of the Banker’s Cup Award in 1992. This award is given by the Greater Winter Haven Chamber of Commerce to a “citizen of the year” each year.  She was also recognized in part of the Polk County Pioneers program from the Polk County Historical Association.

“Her legacy will always be that she was about the development and inclusion of all citizens of the city of Winter Haven, not just one side of Winter Haven or the other, but total inclusion,” said Mayor Pro-Tem Birdsong. 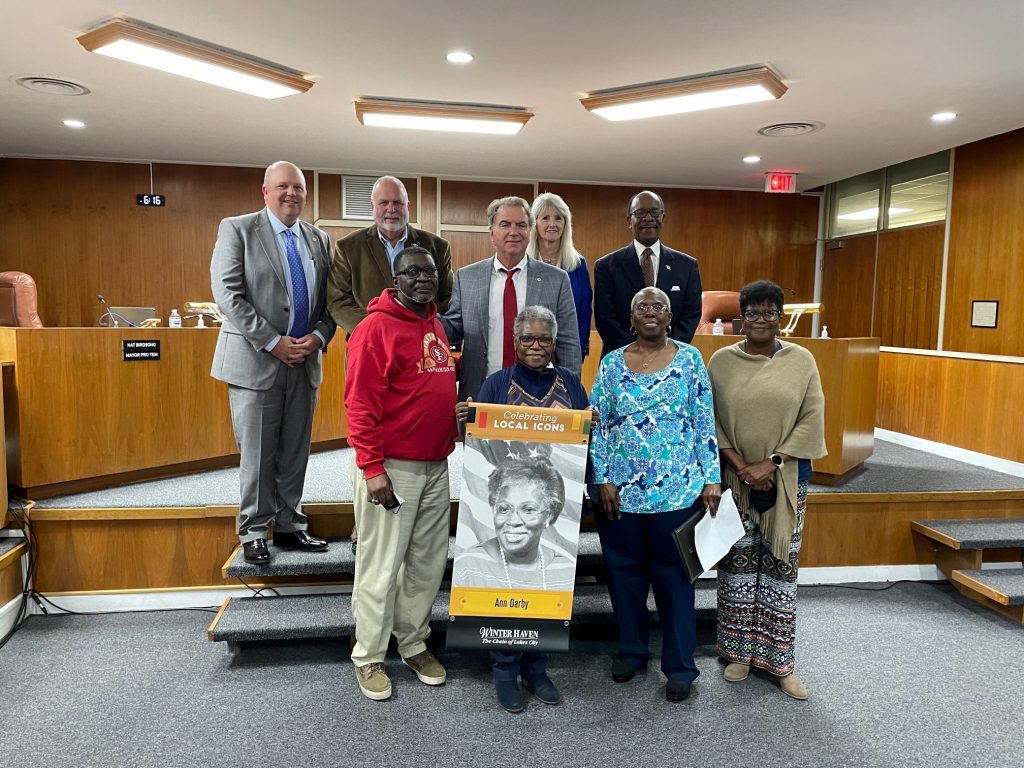 This week, proclaimed to be “Ann Darby Week” by Mayor Bradley T. Dantzler at the February 14 City Commission meeting, we are pausing to remember Mrs. Darby’s life and legacy. Banners honoring Mrs. Darby have been placed along MLK Blvd., First Street and Downtown Winter Haven. These will continue to be raised year-after-year during Black History Month as we honor our local heroes.

Ann Darby is one of four local heroes being honored during 2022 Black History Month. Follow our blog and social media as we publish each Monday throughout the month honoring of this year’s heroes.