When crews arrived, they found flames shooting from two bedroom windows of the home where an elderly woman and her brother live. The woman was asleep inside of the home and the only occupant at the time.

Neighbors saw smoke coming from the windows and ran to the home where they saw the woman on the floor. She had fallen while attempting to get out of the home. The neighbors kicked in the front door and rescued the woman. She didn’t suffer injuries, however she was transported to Winter Haven Hospital as a precaution.

Firefighters were able to quickly extinguish the flames, which were contained to two  bedrooms. No other structures were damaged except for a neighboring home which had minor damage to the siding caused by the heat of the fire. It appears the fire started in a back bedroom, however the cause is still being determined.

“This takes the phrase, ‘Neighbors helping neighbors’ to a whole new level,” said Public Safety Director Charlie Bird. “These neighbors risked their own lives to help someone in a desperate situation and prevented her from suffering significant injuries.” 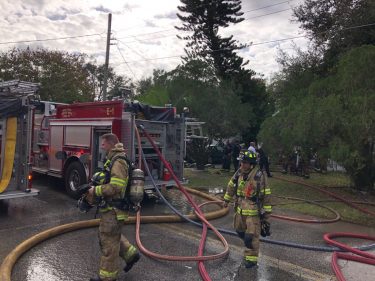 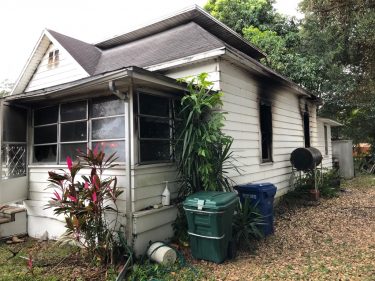