On Friday, September 6, 2019, Winter Haven Fire crews responded to a residential fire at 60 Buckeye Circle in Winter Haven. A passerby called after heavy smoke was seen coming from the roof of the home. The caller indicated there were two vehicles in the driveway, however it was later determined nobody was inside of the home. 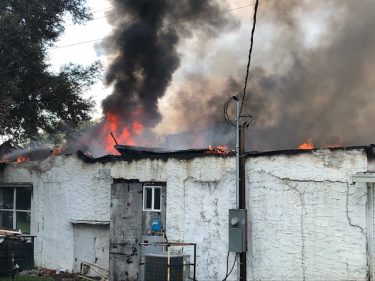 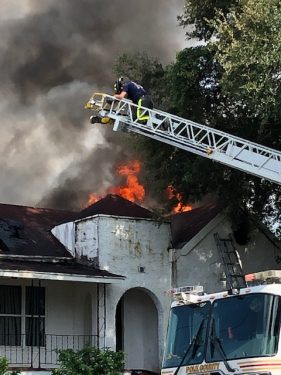 When crews arrived they found an older wood-frame home engulfed in flames.

Crews entered the home to ensure there were no occupants inside. Once it was determined there was nobody inside, they began a full attack on the fire.

As firefighters started to work the fire, they had to back down into a defensive mode due to multiple roof lines on the structure. Crews kept a defensive posture ensuring the flames did not spread to neighboring homes.

Ultimately it took crews from Winter Haven and Polk County Fire Services six hours to battle the blaze and clear the scene.