What is a drought?

A drought is defined as: “A prolonged period of abnormally low rainfall that can lead to a shortage of water.”

Since the Winter Haven area is located at the top of a watershed, local water resources such as our lakes and aquifer are dependent on rainfall. In an average year, the Winter Haven area receives approximately 51 inches of rain. Prolonged periods with rainfall below this average can lead to droughts. Within the last 30 years, the Winter Haven area experienced droughts in 2000 and 2001 as well as from 2007 – 2014. These were the result of multiple consecutive years with below-average rainfall (shown in Figure 1). 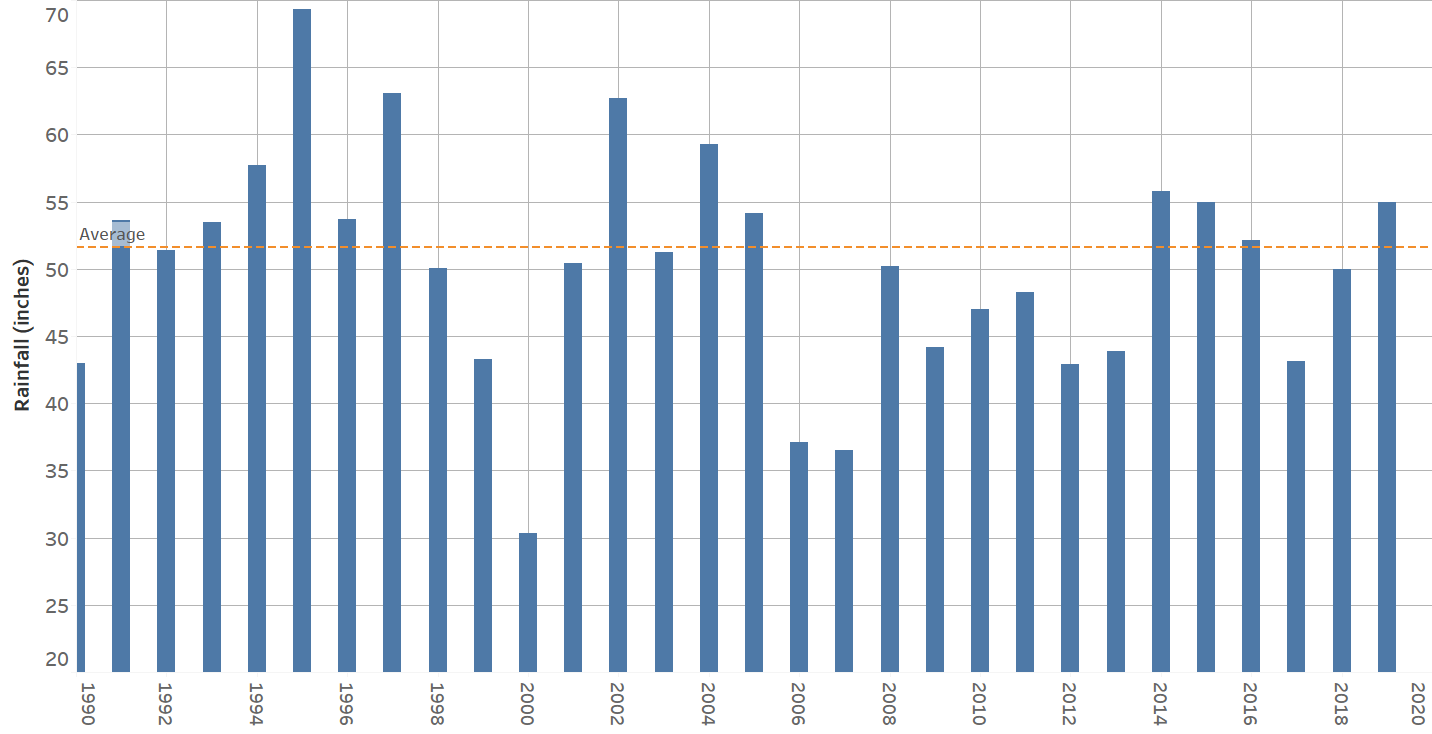 What is the difference between droughts and seasonal weather patterns?

In Florida, rain does not fall uniformly throughout the year, but is split into a distinct wet season (June – October) and dry season (November – May). The result of this seasonal disparity in rainfall is evident as an annual oscillation in lake and groundwater levels. Under typical weather patterns, lake levels fluctuate within a normal range (shown as the shaded area in Figure 2). 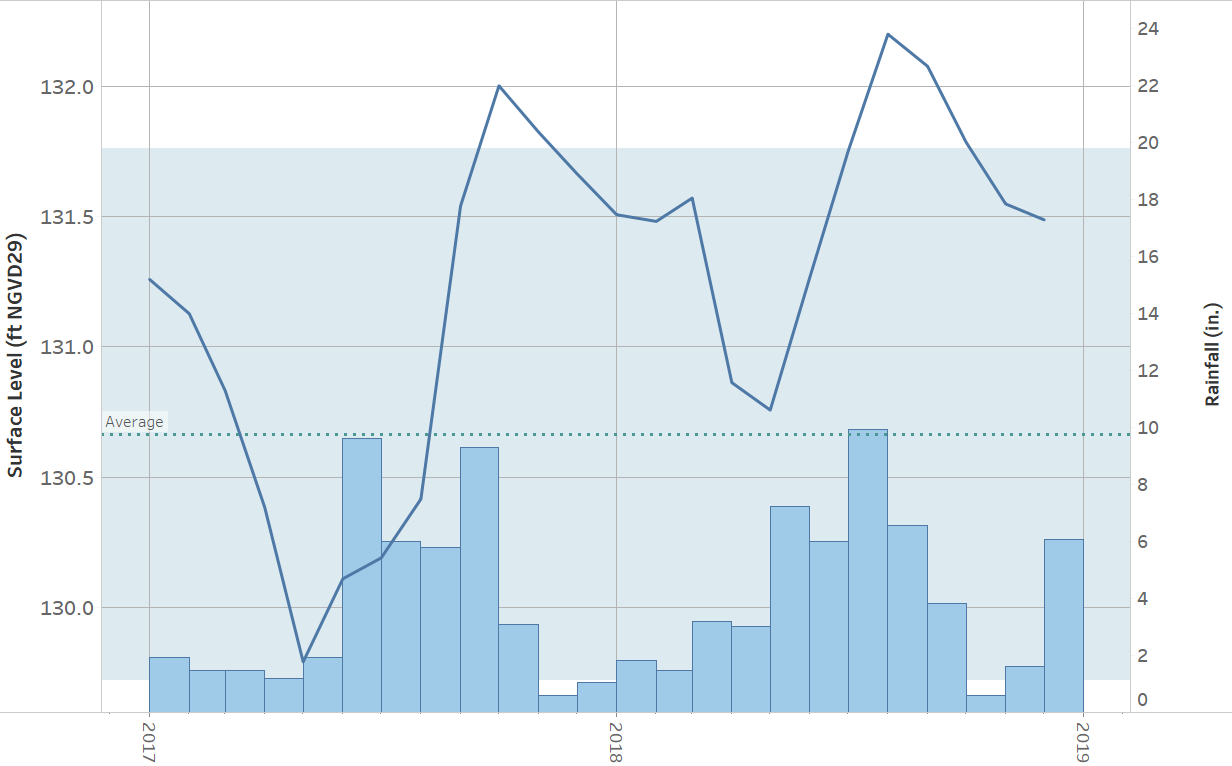 Abnormal weather patterns such as droughts and intense storm seasons can push lake levels outside this normal range. Due to water control structures, most lakes in the area will discharge excess water downstream to prevent flooding. Therefore, annual rainfall at or above the long-term average results in adequate water supply to maintain normal resource levels while prolonged periods of below-average rainfall typically leads to a decline in water supply.

How can droughts affect me?

A lack of rainfall most notably results in a decline in our underground drinking water supply–known as the Upper Floridan Aquifer. Shortages of potable (drinkable) water can lead to increased utility rates and restrictions on water usage for non-essential practices like watering the lawn, washing the car, or water balloon fights! A more noticeable drought impact is the decline in lake levels which impedes the usage of canals that link our Chain of Lakes (see Figure 3). 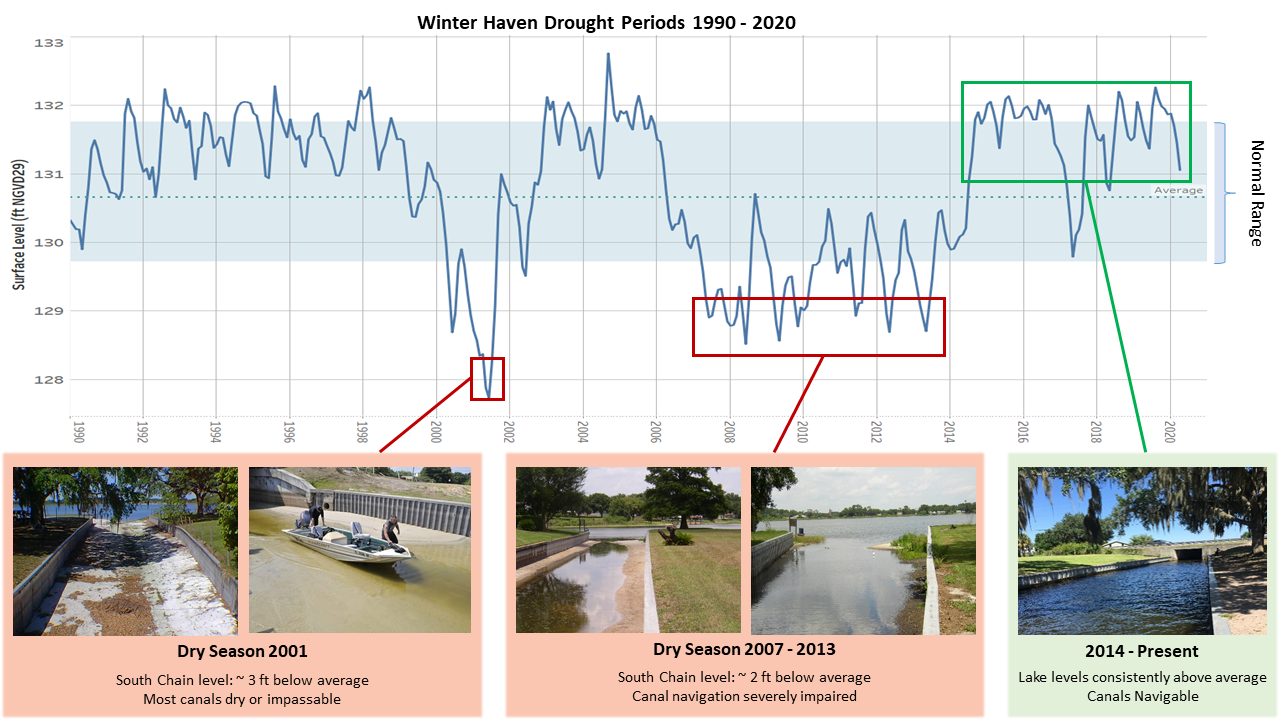 How can we limit the effects of droughts?

Protecting our water resources against drought involves storing excess rainfall during times of abundance and conserving water during shortages. The City is currently developing an integrated water supply plan that focuses on water storage and aquifer infiltration using green infrastructure. In addition, a large public education component will prioritize the smart utilization of water in everyday activities such as landscaping. Only together can we preserve our water resources for generations to come.