The City of Winter Haven received 1.42 inches of rainfall during the month of November. This value is an average from various data sources across the City. Compared to historic rainfall records dating back to 1915, this month’s total rainfall falls just under the long-time average of 1.74 inches. Figure 1 displays this comparison for the monthly rainfall during 2018. 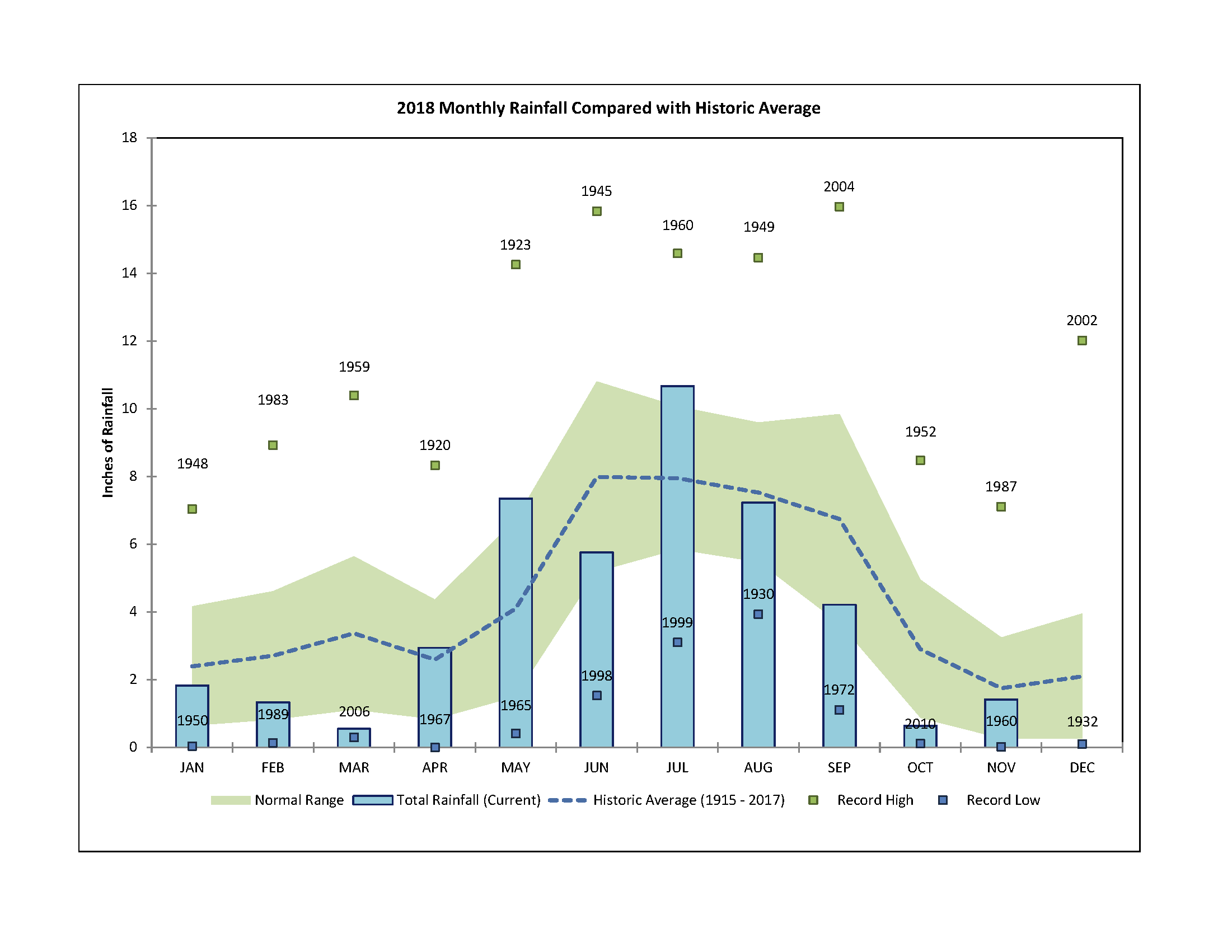 Environmental factors such as evaporation and plant uptake (referred to as evapotranspiration) can impact how much rainfall is gained or lost in a given area. Since Winter Haven is a purely rainfall driven system, this plays a major role in the level fluctuation of our lakes and groundwater. During the month of November, Winter Haven netted a loss of 0.83 inches of rainwater as seen in Figure 2. Due to the sizable loss of water during October, this places the year-to-date total at 0.71 inches. 2018 began with a sizable deficit until we received a considerable rain windfall over the Summer months which has allowed the area to maintain a net positive for the year so far. The amount of rainfall received in December will determine if the City’s net gain or loss of water for the year. 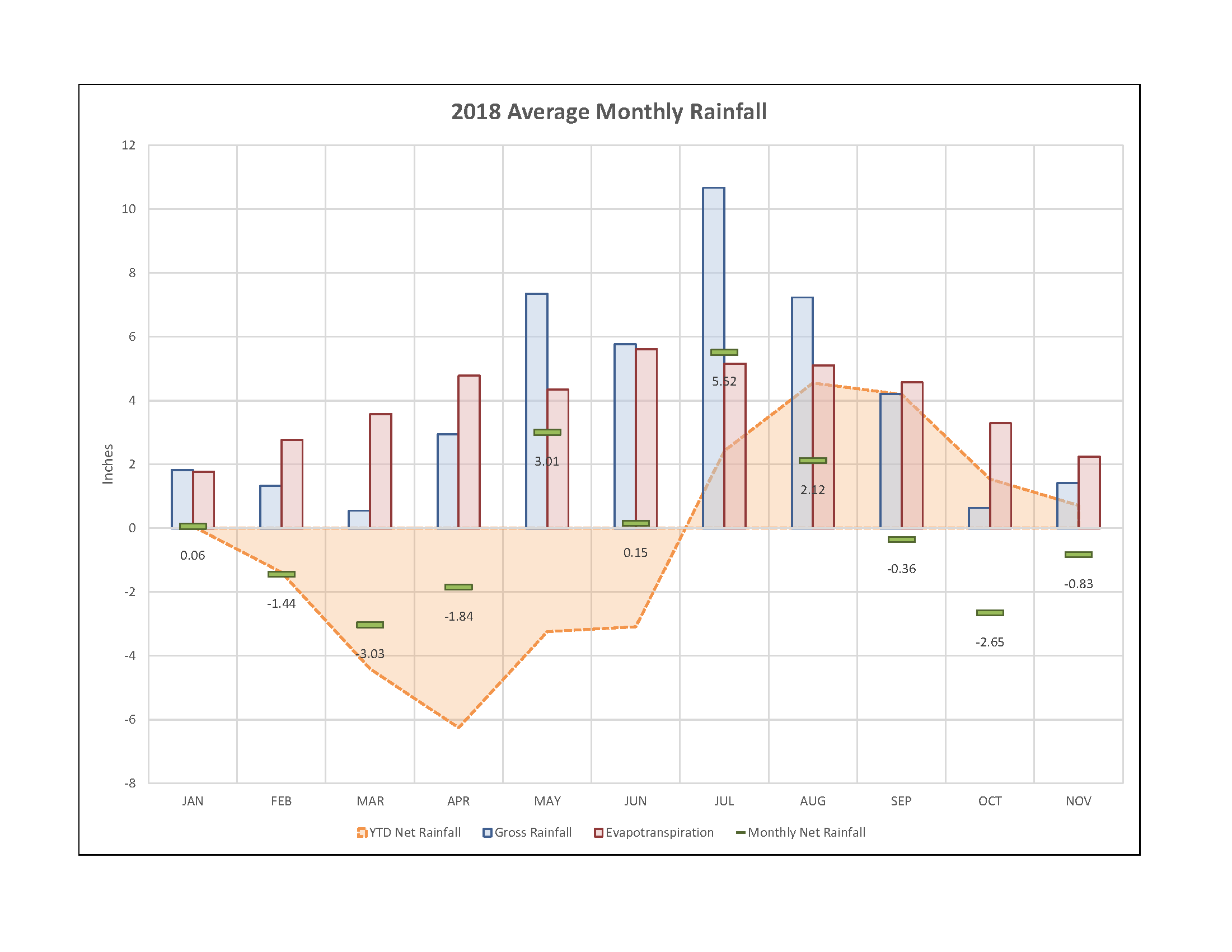 The monthly average surface level for the Southern Chain of Lakes decreased slightly from 131.8 ft in October to 131.5 ft in November. Despite net loss of rainwater this month, the lakes still remain higher than the long-term average as illustrated in Figure 3. Now that we have moved out of the window for seasonal tropical storms, the risk of flooding has decreased considerably while also positioning the local lake levels nicely to buffer against the lack of rainfall during the dry season. 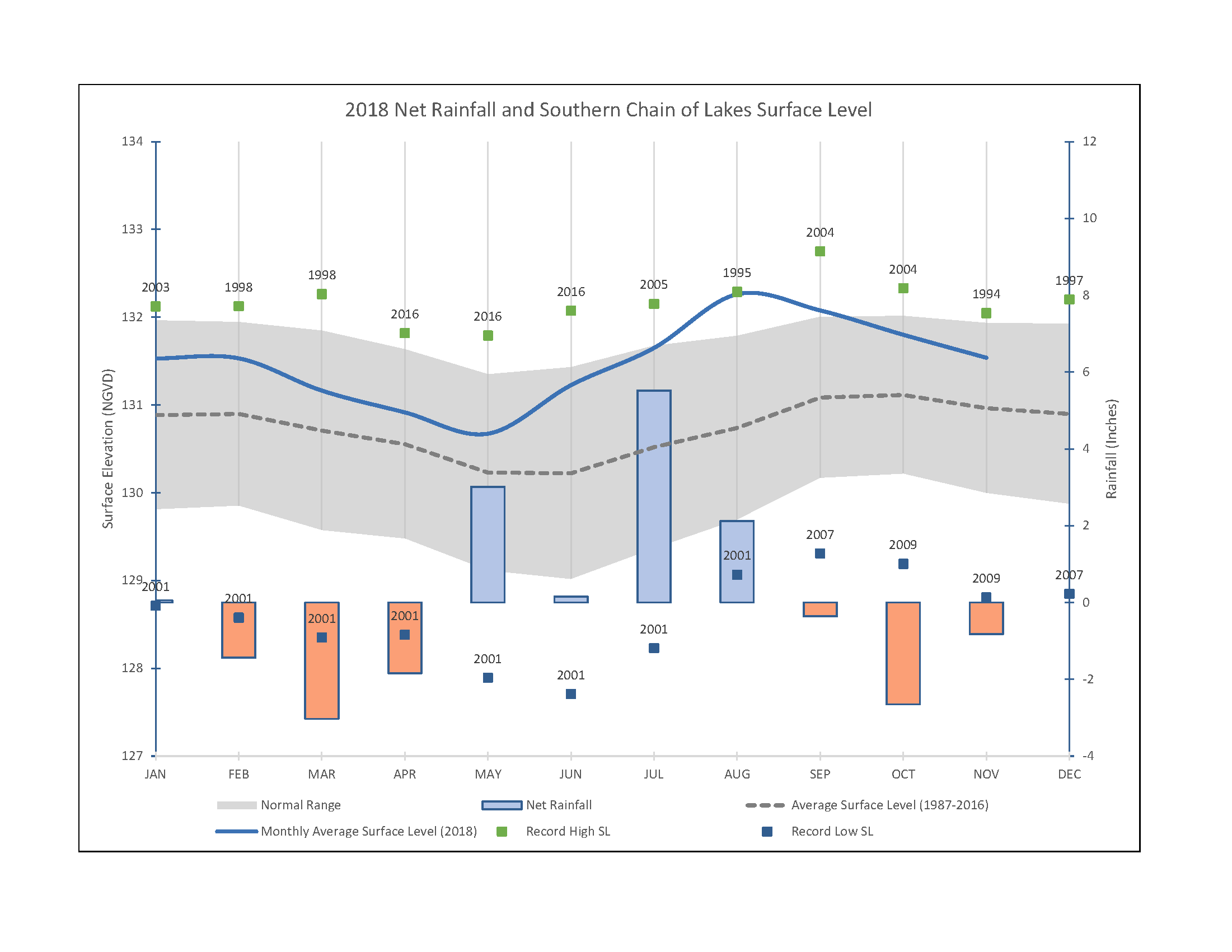 According to the Southwest Florida Water Management District’s gauge in downtown Winter Haven, the Upper Floridan Aquifer (UFA) level has decreased from roughly 117 ft above sea level in October to 115.45 ft in November. This marks a fairly drastic decrease since the previous month, but not out of the ordinary due to the net rainfall deficit we’ve been experiencing as of late. Despite this decrease, the UFA now sits close to the historic average for November (115.6 ft) as seen in Figure 4. As of writing this report, the Winter Haven area has received approximately 1.5 inches of rainfall in December, so that should help slow the aquifer decline. However, we wouldn’t expect to see significant recharge until the 2019 rainy season. Since roughly 40% of the water pumped out of the aquifer is used for irrigation, residents can conserve water by reducing their lawn watering frequency and only watering during overnight hours. 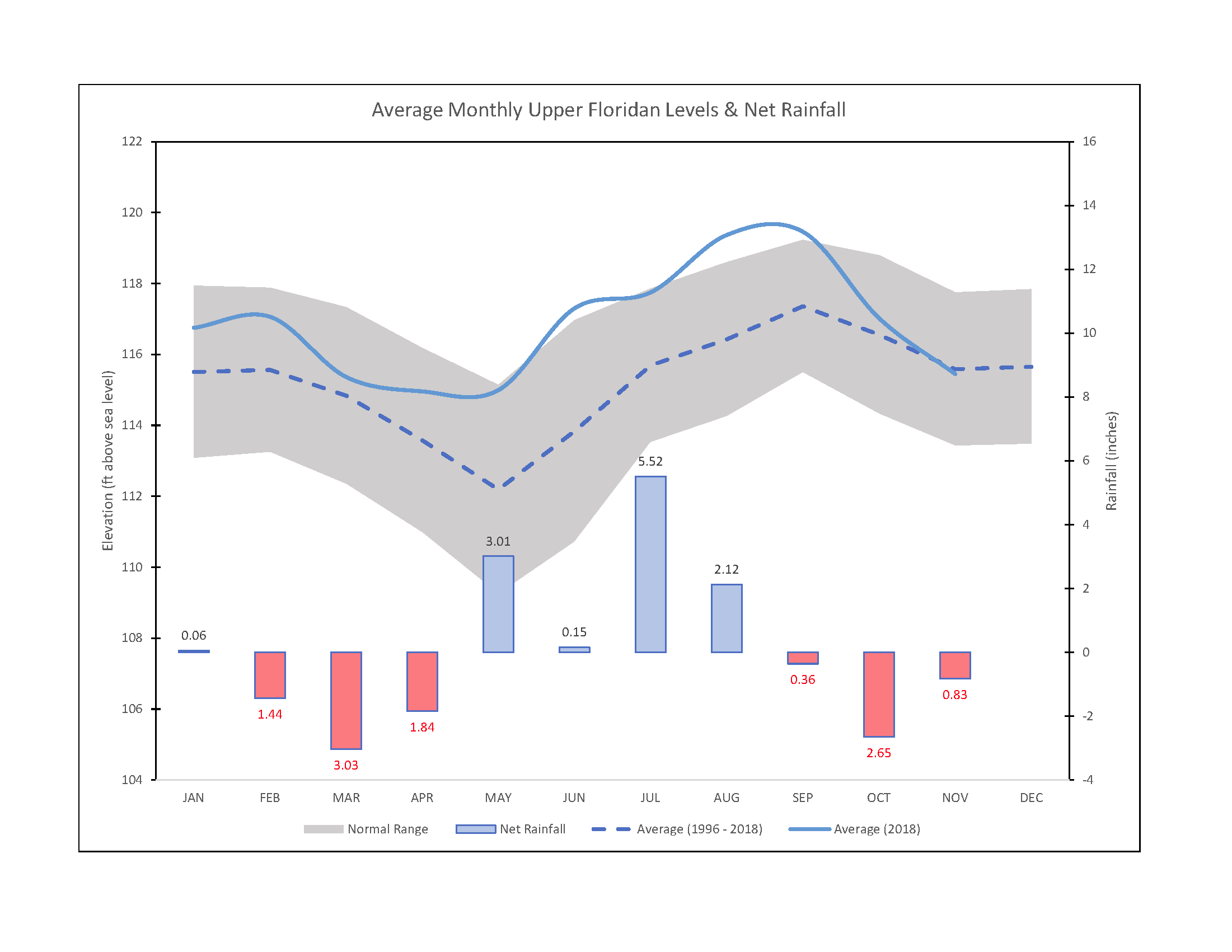