Continuing the dedication to getting dangerous drugs, including Fentanyl, off the streets of Winter Haven, Winter Haven officers made another arrest last night for trafficking amounts of narcotics.

On 12/28/22 at approximately 5:37 p.m., officers observed a truck driving in the area of Lake Shipp South and 7th St. SW with dark tinted windows. A lawful traffic stop was conducted and contact was made with the driver, 61 year-old Floyd Hintteon Green, Jr. of Winter Haven.

Green allowed officers to search his vehicle where a black toiletry-style bag was located behind the driver’s seat. Inside of the bag were three separate baggies and a container shaped like a soft drink bottle with duct tape around it.

It should be noted that Green served two and a half years in State Prison for Trafficking Methamphetamine and was released in December 2020.

Green was booked into the Polk County Jail on the following charges:
Trafficking in Fentanyl (F-1), Trafficking Methamphetamine (F-1) and Possession of Paraphernalia (M-1). He also received a citation for the dark tint on the windows, which measured at 3%.

“Our officers continue their dedicated efforts to find these drugs and get them off the street,” said Police Chief David Brannan. “The Fentanyl crisis is putting our officers and citizens at risk daily, but we will not stop focusing on this dangerous drug and the people who choose to use or sell it.” 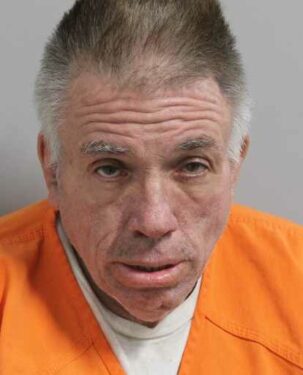