Winter Haven Police have obtained an arrest warrant for 39 year-old Elijah Cox Sr. of Winter Haven on charges of Attempted First Degree Murder and Possession of a Firearm by Convicted Felon after a May 8 incident left a Winter Haven man in critical condition.

On May 8, 2021, at approximately 9:32 p.m., officers responded to the Stanley Court Apartments (320 Ave U., NE) in Winter Haven where a man had been shot. (The victim is not being identified due to Marsy’s Law.) According to witnesses, the 46 year-old victim was in the parking lot when Cox approached him. Cox accused the victim of owing him money from three years prior. After a verbal altercation, Cox left the property, but returned a few minutes later.

Cox once again approached the victim and fired multiple rounds hitting the victim in the head and face. Cox then left the area on foot. The victim was rushed to Winter Haven Hospital where he was transferred to Lakeland Regional Health where he was treated for extensive injuries. Although he is out of the hospital, he has a long road to recovery.

Anyone with information on the whereabouts of Elijah Cox Sr. is asked to call Heartland Crime Stoppers at 1-800-226-TIPS (8477). Callers are guaranteed anonymity and could be eligible for a CASH reward of up to $5,000. 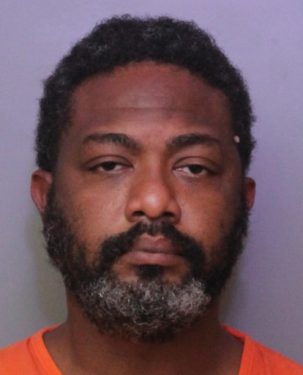