Winter Haven Police are warning local businesses about an individual in possession of multiple counterfeit bills after he attempted to pass a bogus $100 bill. 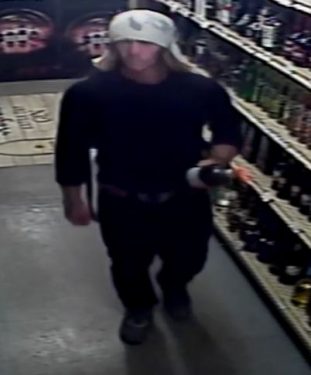 On 4-17-19 at approximately 12:29 p.m., the male suspect entered the King Liquor Store (1124 6th St NW, Winter Haven), selected merchandise and then walked to the store register to pay for his selected items.

The suspect is described as a white male wearing a dark long sleeve button-up shirt, dark pants and the suspect also had a white piece of cloth covering the top of his head. Investigators warn businesses that he could attempt to pass the bills in our area.

Anyone with information on the suspect or information about the counterfeit bills are asked to call detectives at the Winter Haven Police Department at (863) 401-2256. Anyone who wishes to remain anonymous should call Heartland Crime Stoppers at 1-800-226-TIPS (8477). Callers are guaranteed anonymity and could be eligible for a CASH reward.