A Davenport woman has been arrested after she attempted to withdraw $22,500 from an account that she fraudulently opened.

When given a withdrawal slip, Kurrie filled it out using the name of a 75 year-old woman who lives in Texas. Kurrie also produced a credit card and Texas identification with her picture, but the victim’s name and information. Upon checking records for the account, bank staff saw the signatures for the account didn’t match what Kurrie had signed. After asking a few questions that Kurrie was unable to answer, law enforcement was called.

Initially, Kurrie continued to give false information on her identity. During this time, officers contacted the victim and she confirmed she was in Texas and sent information to confirm her identity. Confronted with this, Kurrie told the officers her real name and stated that she had opened up a business account under the victim’s name in order to gain access to her money. Kurrie stated she transferred money from the victim’s personal account to the business account in order to withdraw the money.

When Kurrie’s purse was searched, an additional social security card, credit card and driver’s license was located in her purse that didn’t belong to her. A silver pipe along with a baggie containing cocaine was located as well.

“We are thankful the members of the bank recognized that something was suspicious and called,” said Police Chief David Brannan. “Fraudulent bank activity is real and hard-working citizens can fall victim at any time.”

One way to help safeguard yourself is to request your free credit report from the three consumer credit reporting companies. You can learn more by visiting the Federal Trade Commission Consumer Information site at www.consumer.ftc.gov. 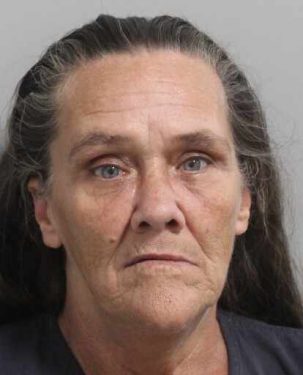