A man from Pembroke Pines was arrested for Aggravated Assault on a Police Officer after he attempted to drive off, dragging an officer a short distance before the officer turned the vehicle off. The officer was not injured.

The officer ultimately made a lawful traffic stop in the parking lot of Circle K located at 1000 1st St S. When the officer approached the vehicle, McCarter exhibited signs of impairment and the officer smelled a strong odor of alcohol coming from the vehicle. Another officer arrived on scene and McCarter was instructed to turn of the car and exit the vehicle. McCarter refused to shut off the vehicle and then placed the vehicle in drive attempting to leave the area. Officers continued to give verbal commands to stop and one officer, who was at the window, was dragged approximately 20 feet before he could reach the push button to turn the vehicle off. McCarter was then escorted out of the vehicle.

He was booked into the Polk County Jail for the following charges: 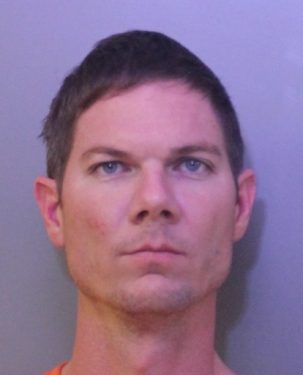