27 year-old Christopher Vigil (12th St E, Winter Haven) was found at a residence in Wahneta with both vehicles on the property.

The same day (11-8-17), officers received information that the motorcycle, which had a GPS tracker installed, was tracking to the area of 17th St W in the Wahneta area of Winter Haven. Winter Haven Police contacted the Polk County Sheriff’s Office and both agencies responded to the location. At approximately 3:30 p.m., the motorcycle was tracking to 206 17th St W. As officers approached the residence, the stolen 2005 Buick was seen abandoned in a wooded area next to the residence.

Officers and deputies made numerous attempts to have Vigil come out of the residence where he was barricaded, to no avail. Clear commands were given at the door as well as over a PA system of a patrol car outside of the residence. Ultimately, entry was gained and Vigil was taken into custody without further incident. The stolen motorcycle was also located inside where Vigil was found.

Vigil was arrested and booked into the Polk County Jail and charged with two counts of Grand Theft Auto (F.S.S. 812.014(2)C) F-3 and two counts of Resisting Officer W/O Violence (F.S.S. 843.02) M-1. Vigil was also charged with Violation of Probation. He is currently on felony probation for escape. 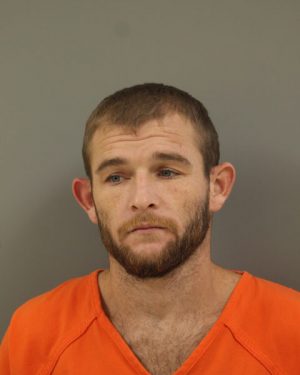