A Winter Haven man is facing a host of charges including armed kidnapping after he threatened a woman he knew and told her he would, “… make (her) life miserable.”

On Sept. 20, 2021 at approximately 2:30 p.m., a woman came to the Winter Haven Police Department to report a disturbance involving 27 year-old Sir Dangerous Lashaud London . The victim reported the following:

The victim and London had gotten into a verbal altercation that turned physical at the Briarcrest Apartments on Ave. K SE in Winter Haven. During the argument, London grabbed the victim’s car keys and refused to give them back to her. The victim got into a different car and as she started to leave, London jumped into the passenger side and started punching the front passenger window, windshield and radio display causing each to be cracked.

The victim drove towards the front entrance of the complex and stopped at the front entrance stop sign. At this point, London retrieved a silver box cutter from the center console and extended the blade holding it close to the victim’s throat. He then said, “I’m going to make your life miserable,” and demanded that she drive home or he would beat her up. Fearing for her safety, the victim turned around and drove back through the parking lot.

After the victim drove through the parking lot, London jumped out of the car and ran to the victim’s second vehicle that he had grabbed the keys to earlier and got in the vehicle. At this point, the victim turned around in the vehicle she was driving and exited the apartment parking area. London followed her and attempted to strike her vehicle as she turned onto First St. He continued to follow the victim as she attempted to avoid him down various side streets. He caught up with her in the area of Ave. Q NW and Unity Way where he struck her car on the driver’s side door with the vehicle he was driving.

He yelled for her to give him her phone and when she refused, he left the area. The victim proceeded to the Winter Haven Police Department a short distance away to report what had occurred.

Ultimately, Sir Dangerous London was located and taken into custody. He was booked into the Polk County Jail on the following charges: 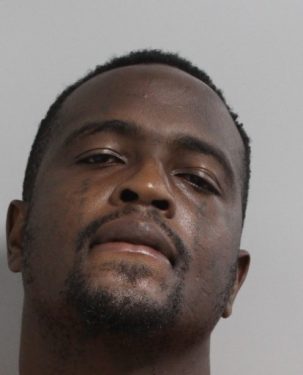