Winter Haven Police have obtained a warrant for the arrest of 27 year-old Leanthony Deshawn Davis of Winter Haven for Armed Robbery that occurred in Inman Park.
On 12-18-17 at approximately 11:50 p.m., Davis was walking with the victim through Inman Park in Winter Haven. The pair became acquaintances after meeting on Facebook and hanging out a few times in the past eight months. As they approached the intersection of Sears Ave. and 6th St NW, Davis pulled out an unknown object from his pocket and shoved it in the back of the victim’s head demanding that he empty his pockets.
After repeating the demands, Davis reached into the victim’s pockets and took a cell phone. The victim attempted to turn around and face Davis and he screamed, “Don’t look or I’ll shoot you!” The victim complied, fearing for his life.
A few moments later, Davis put the object back in his pocket and then fled onto Unity Way towards the intersection of Ave. S NW.
On 12-19-17, detectives were able to positively identify Davis and obtain the arrest warrant.
Anyone with information on Davis’ whereabouts is asked to call Heartland Crime Stoppers at 1-800-226-TIPS (8477).  Callers can remain anonymous and could be eligible for a CASH reward. 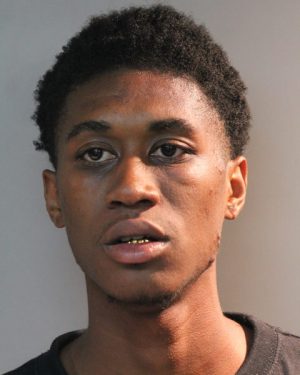