When Wearing A Mask Enhances Charges

On 7-5-2020, 29 year-old Justin Watson found out he will receive the enhanced charges when an alert apartment manager saw him rummaging through vehicles in the parking lot of the Georgetown Apartments (130 Ave C SE, Winter Haven.)
At approximately 4:15 a.m., the manager called 9-1-1 to report a suspicious person in the parking lot looking through vehicles. When officers arrived, they located Watson walking on the east side of the pool. Officers approached Watson and he attempted to conceal himself in the shadows, dropped a large black bag that made a thud and a sound of change inside and attempted to remove his gloves. He also tried to conceal his flashlight, but officers quickly apprehended him before he was able to.
The manager confirmed the clothing to the call taker and video footage of the parking lot revealed Watson attempted to gain entry into 55 vehicles on property including nine that he made entry into. The video showed that Watson was wearing a mask and gloves in an attempt to conceal his identity.
Inside of the bag, officers located property belonging to the victims.
Watson was transported tot he Polk County Jail and charged with:
Burglary, Un-Occupied Conveyance Un-Armed FSS/FAC/CO 810.02(4)(B) Counts: 3 LEVEL/DEGREE F2
Petit Theft 1st Degree $100 – $750 FSS/FAC/CO 812.014(2)(E)* Counts: 2 LEVEL/DEGREE M1
“I applaud the manager for her keen eye and fast response to call us so our victims could receive their property back,” said Public Safety Director Charlie Bird. “The swift actions of our officers in locating Watson put him exactly where he belongs – behind bars.” 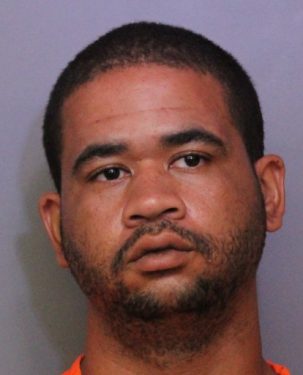